Esperant Kazzembe isn’t your ordinary teenager. As a youth in the Unaccompanied Refugee Minor (URM) program, he’s making huge strides towards independence and making his dreams of being a neurosurgeon come true. Born in the Democratic Republic of Congo, Esperant had fled with his siblings to Uganda where he stayed for seven years before being recommended for the URM program. When asked about his expectations of life in America, Esperant was quick to respond.

“I expected to go to school and get a job after, but I didn’t expect to finish high school with scholarships and be on my way to college”. 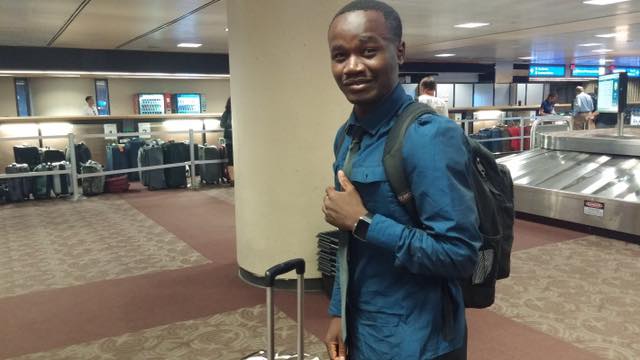 Esperant’s dedication to his dreams has been supported with several awards, including the 2017 Comfort Cases Scholarship, which allowed him to attend his first choice school, The University of Rochester.

His interest in the medical field grew from witnessing his family struggle to receive basic access to health care. Their struggle become Esperant’s determination and inspired him to become a doctor, hoping to provide care to all people. Along with his conviction, Esperant admits that humility has been crucial in his determination to succeed.

“I grew up watching grandma being humble in everything she did. So I try to be that myself. It helps me hold on to my culture because I learned it from her.”

When speaking about which aspect of American culture he’s adapted to the most, Esperant’s grin grows wider.

“Friendship. I thought I had to know a person before becoming friendly but they’ve shown me you don’t have to know someone to smile at them.”

Some of the challenges Esperant faced while adjusting to life in America have been acclimating to workloads in school, particularly the AP classes he took which “were never easy.” Incorporating English into his day also proved difficult in the beginning though he’d already begun learning it while living in Uganda, where he also spoke French.

With everything Esperant has on his plate, Esperant still makes time for his hobbies. He enjoys listening to music and reading. Writing is his most enjoyable pastime and he has even created his own blog which he uses as an outlet for his thoughts and life experiences in America.

“First thing is to be disciplined, which is a personal decision you have to make, but then hard work and hang on to your dreams. It’s what’s helped me overcome challenges. I saw the opportunities and I took them.”