Hurricanes Harvey and Irma are two of the largest and most damaging storms that have hit the United States. Together, they caused between $150 billion and $200 billion in damage to Texas and Florida. Hurricane Harvey battered Houston with record amounts of rain and flooding last month while Irma slammed Florida and other southeastern coastal states.

Multiple deaths have already been reported and emergency responders have rescued more than 32,000 people in wake of the storms. Thousands of people have been left with no home to return to and others remain without power.

The clean up and rebuilding of southeast Texas and Florida cities will require the aid and support of the entire country. We invite you to stand by our neighbors on the Gulf Coast during this time. Your gifts ensure aid and hope for those left homeless or otherwise affected by this disaster for years to come. Our Lutheran partners below are providing immediate and long lasting support to those affected by the recent storms.

LCMS Disaster Response teams will deploy as soon as emergency officials allow them to enter the disaster zone.

Gifts to Lutheran Disaster Response, designated for “Hurricane Response – United States” will be used entirely (100 percent) for this disaster until the response is complete. Together, we can help provide immediate and long-lasting support. Give today to support the needs in this response and others like it. 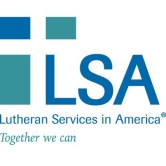 Together Irma and Harvey will leave thousands of families without food, shelter, clothing, electricity and medical assistance. For over 500 years Lutherans have come together in times like these to care for our neighbors.  Here’s a complete listing of Lutheran Social Service Agencies helping rebuild.