Finding work in a new country is a challenge for many refugees. The cultural, professional, and academic expectations found in the United States are often quite different from those found in other countries around the world. In addition, many refugees were experts or professionals in their home country. Unfortunately, in America, they are unable to find employment in their field of work without starting their education and training all over again. Santiago’s story is just one of the many illustrations of these challenges.

Santiago and his wife lived in Cuba until the religious persecution they faced forced them to flee for their lives. Jehovah Witnesses make up less than 1% of the Cuban population; many of whom have been forced to flee or imprisoned for their beliefs.  The couple applied for refugee status while in Cuba and was granted approval to move to Baltimore. They arrived nervous but grateful to have a relative who could help them live in the city. They quickly found employment and a friend offered them free accommodations at his home in Frederick, Maryland.

However, Santiago began to feel that his job would never offer enough financial stability for him and his wife to find a home of their own. Even with free rent, they were living paycheck to paycheck covering only food, transportation, and medical expenses.  In March 2014, Santiago learned of LSS/NCA’s services and began working with a caseworker who provided one-on-one pre-employment training and guidance.

Santiago now works at Canam Steel Corp and is happy that he can take care of his wife who has recently needed additional medical care. He continues to work with LSS/NCA and has said “even though we are strangers to you, you really care for us.”

If you would like to learn more about how you can help a newly arrived refugee find meaningful employment and financial security, visit our website to learn more. 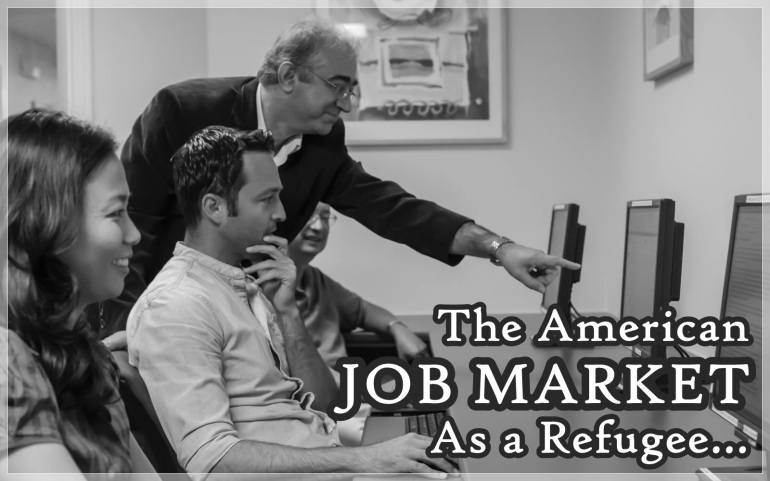